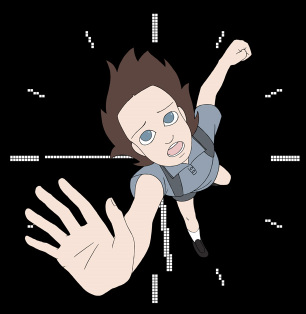 follows a kid named Charlie after he's involuntarily sent through time to live with his own grown-up self. Here he goes to school and pretends to be normal, though largely fails.