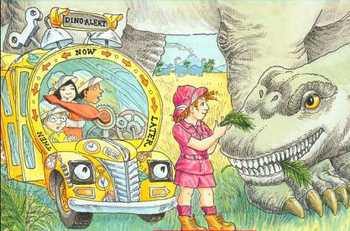 "At my old school the bus couldn't turn into a time machine."
Scott Lang: Time works differently in the Quantum Realm. The only problem is, right now, we don't have a way to navigate it. But what if we did? I can't stop thinking about it. What if we could somehow control the chaos, and we could navigate it? What if there was a way to enter the Quantum Realm at a certain point in time but then exit at another point in time? Like...like before Thanos.
Steve Rogers: Wait, are you talking about a time machine?
Scott: No, no, of course not. No, not a time machine. It’s more like a – yeah, a time machine.
— Avengers: Endgame
Advertisement:

A Time Machine is the main prerequisite for Time Travel and all the other fun that goes along with it. Time Machines in fiction can boil down to a few simple types. The type of machine can combine with any of the different ways of experiencing the process of time travel and with the various degrees to which the past can be changed.

Having a time machine can (but not always) have the side effect of Reed Richards Is Useless - as a little Fridge Logic one can think of many ways to better use it than visiting your grandparents or paying your bills on time.

Time machine types that supposedly move a person through time alone but not space, and which don't require another machine or portal at the other end, generally completely ignore the problems caused by planetary rotation and the movement of astronomical objects through space.

Other types exist, but these are the most common. Compare Interdimensional Travel Device.