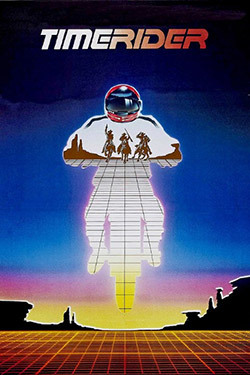 Lyle, in the middle of a motocross race, gets lost and wanders into a time travel experiment which transports him and his bike to 1877.