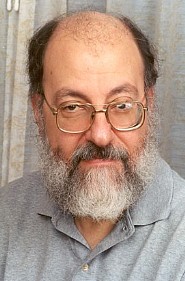 No, that's not Freud.
"Fiction has to be plausible. All history has to do is happen."
Advertisement:

Harry Norman Turtledove (born June 14, 1949) is an author. Most of his work is Alternate History — among the most prolific and accessible. He has written many, many books and short stories, some of them set in Alternate Universes, some of them fantasy diverging from recorded history.

He actually does historical research for his novels, and footnotes some of them.

Known for having a PhD in Byzantine history, some of his books feature this period while others, set in more modern times, sometimes lampshade the fact that this area is considered extraordinarily obscure even among historians.

Works by Harry Turtledove with their own trope pages include:

He also has his own Wiki

Other works by Harry Turtledove provide examples of: