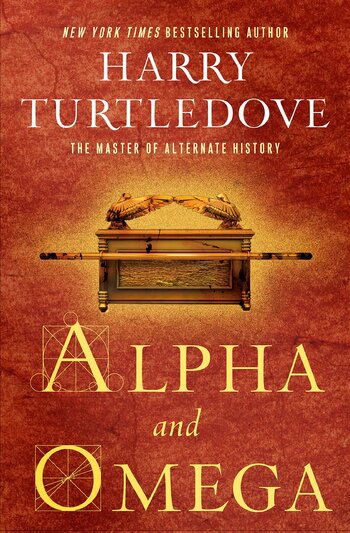 Alpha and Omega is a 2019 novel by Harry Turtledove in which ultra-Orthodox Jews try to bring about the rebuilding of the Temple and the return of the Messiah in modern-day Jerusalem.

Like most Turtledove novels, this story features multiple points of view from a diverse cast of characters.

Not to be confused with the other Alpha and Omega.

Alpha and Omega contains examples of: