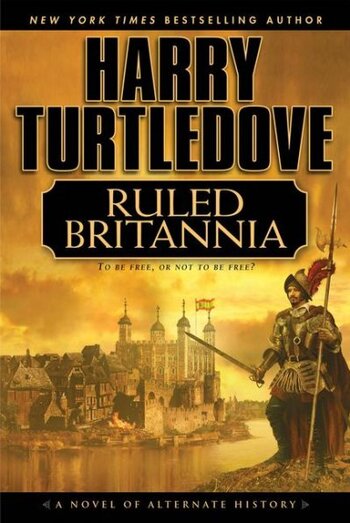 A novel by Harry Turtledove set in an Alternate Universe where the Spanish Armada conquered England. Ten years later, Shakespeare is writing plays under the Spanish occupiers, but is simultaneously contracted by both them and the English resistance to write plays to either commemorate the dying King Philip or inspire rebellion against him. In the end he chooses the latter, and his play Boudicca sparks a revolution. Published under the slogan "To be free, or not to be free?"