Call a Rabbit a "Smeerp" 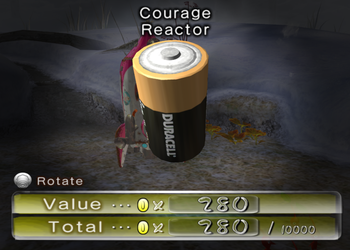 Because Energizer is for cowards.
Superintendant Gary Chalmers: You call hamburgers "steamed hams"?
Principal Seymour Skinner: Yes! It's a regional dialect!
Chalmers: Uh-huh. Uh, what region?
Skinner: Uhhh, upstate New York.
Chalmers: Really? Well I'm from Utica and I've never heard anyone use the phrase "steamed hams".
Skinner: Oh, not in Utica, no. It's an Albany expression.
— The Simpsons, "22 Short Films About Springfield"note No, this is actually not a thing in Albany. Nobody calls a hamburger a "steamed ham". A steamed ham is a thing but it's Exactly What It Says on the Tin. It's surprisingly delicious.
Advertisement:

We're in space, so regular old Earth flora and fauna just won't do. Solution: Introduce creatures (or sports, or political institutions, or dishes, etc.) that are just like familiar Earth concepts that the audience will recognize but IN SPACE, and give them funny names.

Older and more retro series will forgo the funny names entirely and call everything "Space this" and "Galactic that".

This trope may be the result of Translation Convention. If the viewpoint characters in the work encounter a lifeform that's new to them, but already familiar to an alien culture, the alien culture will probably have their own word for it, and there's no reason for that to match the common real-world name of the thing. However, in monocultural stories, it's much easier to overuse this trope (in this case, calling it a "space rabbit" might even be more realistic in colloquial speech, by analogy with things like "sea cow").

Although using such proprietary terminology can give a work its own flavor, keep in mind that Tropes Are Tools; having too much such terminology can make a work feel pretentious or too confusing to follow.

Compare You Mean "Xmas", Future Slang, You Are the Translated Foreign Word, Not Using the "Z" Word, Magic by Any Other Name, and Uncoffee. See also SpaceX, Fantastic Fauna Counterpart, Horse of a Different Color, Call a Pegasus a "Hippogriff", Call a Hit Point a "Smeerp", Flintstone Theming, Hold Your Hippogriffs, Smurfing and Humans by Any Other Name. Contrast Call a Smeerp a "Rabbit", Capital Letters Are Magic.