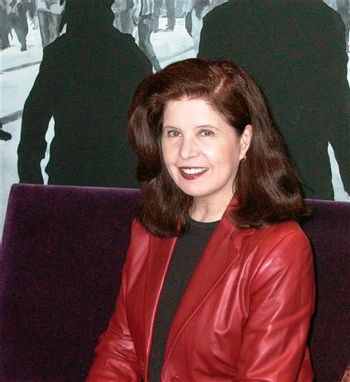 Nancy Anne Kress (born January 20, 1948) is an American Science Fiction writer, best known for her popular Beggars in Spain series (based on a Hugo-winning novella). Her fiction tends to be more grounded portrayals of science fiction; advanced biology and genetic engineering are common themes in her works.
Advertisement:

She has written over twenty novels and many short-stories. The third novel of her Probability series, Probability Space, won a Theodore Sturgeon Memorial award, and she's dabbled with (science-fictional) horror in her novel, Dogs. In addition to science fiction published under her own name, she has also written a YA fantasy series, the Soulvine Moor Chronicles, as "Anna Kendall".

She was married to fellow SF writer Charles Sheffield from 1998 until his death in 2002.

Works by Nancy Kress with a page on this wiki: