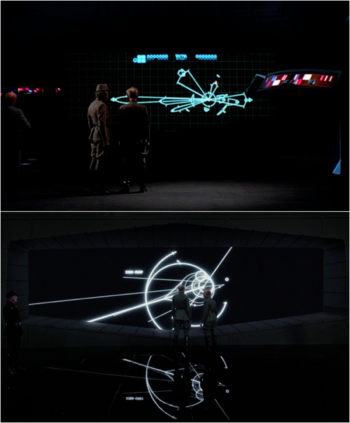 A work is a sequel or prequel to a work that is outdated in one way or another but subsequent works have to keep the setting. Why? Because it's canonical. One way of working around this is to set the story in an Alternate History, or have a wide range of fashions and technologies.

A franchise needs to be long established to fit this trope. If a show portrays a world that seems out-of-date even when it's new, it's in a Retro Universe.

See also: Zeerust, Failed Future Forecast, Cosmetically Advanced Prequel, Two Decades Behind, The Aesthetics of Technology. And Retcon, for when this trope is averted.