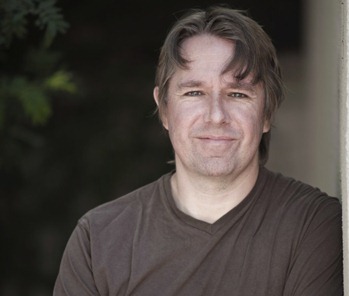 Alastair Preston Reynolds (born 13 March 1966) is a Welsh author of a number of science fiction novels and short stories. He's a former physicist and astronomer for ESA, which he worked for during the 1990s and early 2000s, before becoming a full-time writer. Considering his scientific background, these works have the tendency to be as hard as possible to get while still remaining recognizably Space Opera. Of particular note is his near-total avoidance of Faster-Than-Light Travel, despite their interstellar settings, and the extreme cultural and technological divergences shown.

generation of SF writers, alongside Peter F. Hamilton and several others.

He's a big fan of music and has a healthy sense of humour.

Tropes in Alastair Reynolds' works that don't have their own page: