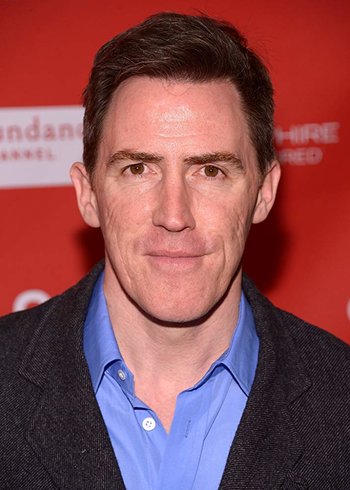 Robert Brydon Jones MBE (born 3 May 1965 in Baglan, Wales) is a Welsh actor, comedian and TV presenter. He played Bryn West in the sitcom Gavin & Stacey and Keith Barret in his one-man comedy show Marion And Geoff. His collaborations with fellow comedian Steve Coogan include The Trip and its followups The Trip to Italy and The Trip to Spain. Since 2009, he has served as presenter of the BBC comedy panel show Would I Lie to You?.