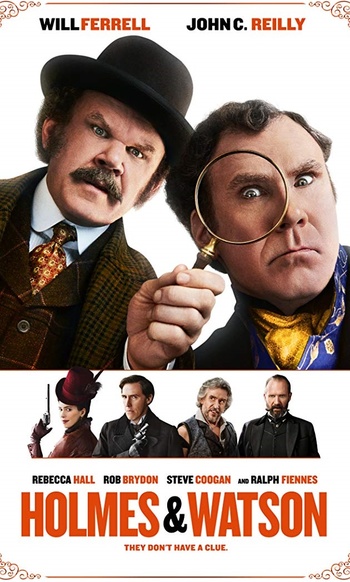 A comedic take on the famed literary characters Sherlock Holmes and Dr. John Watson, it follows them as they use their brilliant minds to stop rival Professor James Moriarty from assassinating Queen Victoria.

Do not confuse with the comic book Watson and Holmes.

Tropes in Holmes & Watson include: