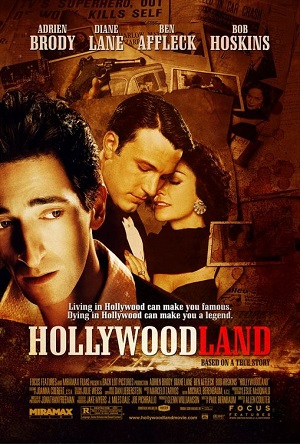 A slow-burning thriller film released in 2006 and directed by Allen Coulter, Hollywoodland traces cheap detective Louis Simo (Adrien Brody) — hired to investigate the unexpected violent death of real-life actor George Reeves, most famous for his iconic role as Superman during The '50s. As Simo follows clues and leads, he finds he may be way out of his league.

Hollywoodland was done with a relatively low budget and performed rather disappointingly at the American box-office, but it was well received by critics. The George Reeves part went to Ben Affleck and critically it was perhaps the brightest spot in Affleck's checkered career between Good Will Hunting (1997) and Argo (2012), as he got surprisingly good reviews for his portrayal. Also starring Diane Lane and Bob Hoskins.