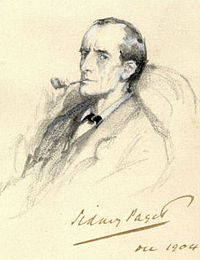 The literary canon of Sherlock Holmes as written by Arthur Conan Doyle consists of the fifty-six short stories and four novels. See the Sherlock Holmes franchise page for more information about the character and the various adaptations and non-Conan Doyle Holmes literary works.
Advertisement:

The short stories contain examples of: