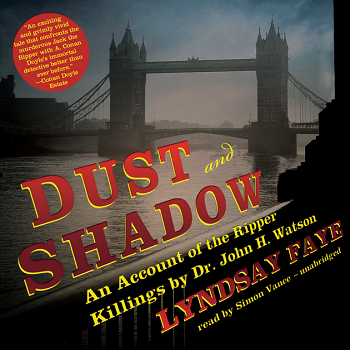 Dust and Shadow: An Account of the Ripper Killings by Dr. John H. Watson is a historical fiction novel by Lyndsay Faye, one of the most recent Sherlock Holmes pastiches in which the Great Detective investigates the Whitechapel Murders.
Advertisement:

Unlike many Ripper novels, however, no conspiracies and no fantastical culprits are posited. The result is a dark and gut-wrenching tale as Holmes grows increasingly frustrated with his failure to find the Jack the Ripper and blame for the murders begins to fall upon his shoulders…