Beethoven Was an Alien Spy 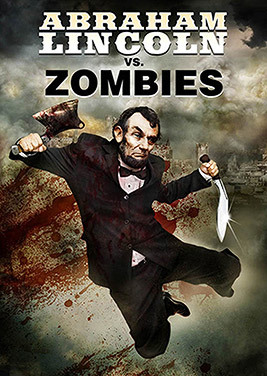 What history didn't tell you about Honest Abe.
"Historians still argue as to whether Shakespeare was gay, a front for the Earl of Oxford and/or Sir Francis Bacon, or a cyborg from the future sent back in time to found Western civilization, thereby hastening the creation of the McRib sandwich."
— "11 Movies Saved by Historical Inaccuracy"

, by Michael Swaim, on Cracked.comnote Actually, historians are fairly united, but that won't stop us
Advertisement:

The "revelation" that a famous Real Life historical figure actually had a secret life far more fantastic (figuratively or literally) and/or magical than history records. A historical retcon, if you will. Artists and writers tend to be the most common examples, followed by American Presidents. (At times, per the Men in Black II example below, a current figure also can be a subject of this trope, as can groups, per the National Treasure and Transformers examples below.)

This is sometimes a way for a show to capitalize on sudden popular interest in some historical figure, or just to exercise a writer's pet interest.

In such a story, Plausible Deniability is almost always the order of the day; we have to be given this fantastic secret history in such a way that we can believe that the fantastic elements were kept out of public record.

In Time Travel stories, this often involves Retroactive Precognition, and one possible form it can take is You Will Be Beethoven.

Ancient Astronauts does this for entire ancient civilizations.

While the mixing of fantastic elements into historical texts is as old as mankind (see the Arthurian cycle for one example), the modern form of this trope probably originates with Dracula, essentially the incorporation of a fantastic secret life into the history of Vlad the Impaler.

This trope can very effectively add an air of mystique to otherwise familiar historical material and personages, but it can become distracting if overused, to say nothing of the unpleasant implications of having everyone remotely skilled at anything in history be nonhuman or relying on superhuman powers.

Commonly results in a Weird Historical War, although not always. See also Julius Beethoven da Vinci and, for one of a few particularly popular alien spies, see Elvis Has Left the Planet, Elvish Presley, Rasputin the Mad Monk or — in Japanese media — Demon King Nobunaga. We Didn't Start the Führer is a subtrope of this. For a specific Biopic example, check out Biography à Clef. Often it leads to a Historical Badass Upgrade. May involve Gender Flipping, in which case expect a Samus Is a Girl reaction (or "Samus Is a Guy", if "Samus" was originally a girl in the first place) when the character's true identity is revealed. Contrast No Such Thing as Wizard Jesus. If the historical figure in question has superpowers or supernatural abilities, then it's Historical Domain Superperson. Also the Been There, Shaped History character where they simply use a fictional character. If the alien spy initially appears to be a fictional character, and only late in the story is revealed to be a historical figure, it's a Historical Person Punchline. Also compare Real Event, Fictional Cause (with real events instead of people).

Colonel Kutheimer explains that the Crystal Skull they seized was an OOPArt relic used by Alexander the Great when his empire was growing from Europe to South Asia.

Colonel Kutheimer explains that the Crystal Skull they seized was an OOPArt relic used by Alexander the Great when his empire was growing from Europe to South Asia.