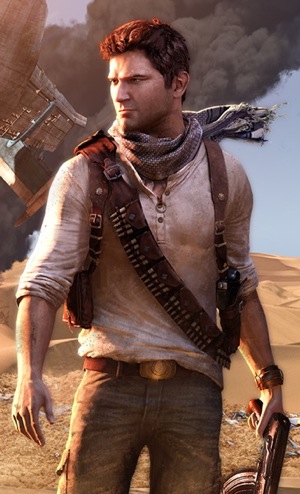 Uncharted is a series of Action-Adventure/Third-Person Shooter/Platformer video games developed by Naughty Dog for the PlayStation 3 and PlayStation 4. The games follow self-styled Adventurer Archaeologist Nathan Drake, a self-claimed descendant of Sir Francis Drake, and his quests to find long-lost historical artifacts and treasures.