Characters from the Uncharted series of action-adventure games. 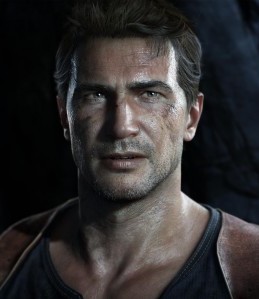 An amateur archaeologist, professional treasure hunter, sometimes criminal and occasionally a stand-up guy. Nate believes that he's a descendant of legendary privateer Sir Francis Drake, even though the historic record is that Francis had no children. This is proven correct in Drake's Deception, which reveals Nate is actually an orphaned boy who grew up in a Catholic orphanage called "St. Francis", which is where he grew his fascination with the great sailor's exploits. During his teens he spent his days as a street criminal in the alleyways of Cartegena, Colombia and made up his lineage from Francis Drake as part of his Changeling Fantasy. The sequel, A Thief's End, also introduces us to a brother named Samuel who was also given up as a boy, the two at one time growing up in the orphanage as well having at least one treasure hunting expedition together. 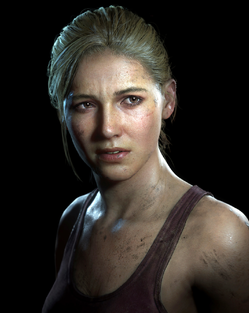 Played By: Emily Rose (English), Yuko Nagashima (Japanese), Polina Shcherbakov (Russian)
I sure hope you know what you're doing.

A video journalist who was working for a low-budget cable news program when she first encountered Nathan Drake. In the second game she's moved up to a more investigative role, tracking Lazarevic even though NATO thinks he's dead. In the third game she's married to Nate and only turns up a bit sadly, before making a very triumphant return in the final game in a major role. Ends up married to Nate... with a kid! 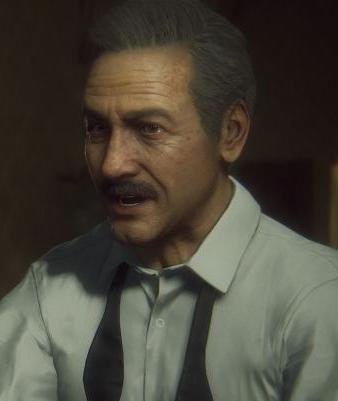 Played By: Richard McGonagle (English), Shigeru Chiba (Japanese), Oleg Kutsenko (Russian), Mark Wahlberg (movie)
Here's the thing, kid… we don't get to choose how we start in this life. Real greatness? It's what you do with the hand you're dealt.

Charming and roguish, Sully is Nate's oldest friend and companion on many of his adventures. Has a well-known propensity for younger women, gambling and bad business deals. He is the one who taught Nathan about the treasure hunting game. He ran into Nate when Nate was in his teens, living on the streets in Colombia, while working for Katherine Marlowe and saved him from Marlowe's goons. 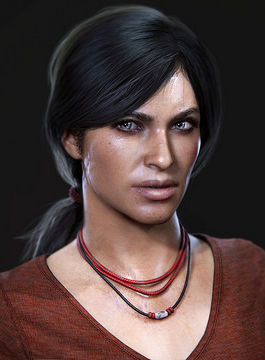 A professional thief, amateur treasure hunter, old flame of Nate's and general sexpot. Chloe has a "mostly professional" relationship with Flynn at the beginning of Among Thieves, but schemes with Nate to leave him in the dust once the Museum job is finished. Returns in Drake's Deception, and stars in The Lost Legacy as the Player Character. Her first meeting and subsequent adventure with Nate is shown in the graphic novel.