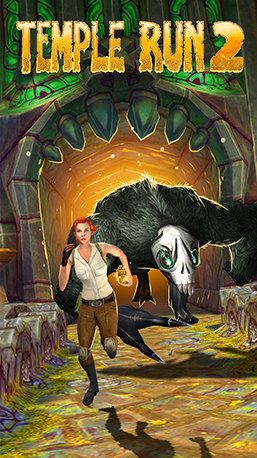 Take The Idol If You Dare!
Advertisement:

Temple Run is an arcade game for the iPhone/iPad and Android. In it, you play an explorer who steals a sacred idol and spends the entirety of the game running from demonic monkeys until he inevitably slips up on some obstacle and dies. Not to be confused with the bonus round of a nostalgic Nickelodeon game show.

The games have examples of: