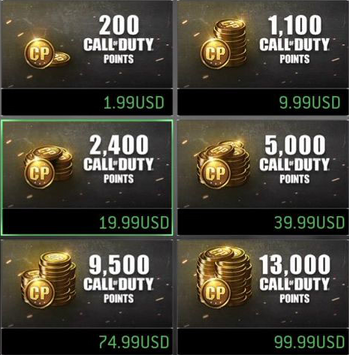 Post-Release Content, or content that is created after a game has been released, is additional purchasable content that comes in two distinct flavors: DLC, or big updates to a game, synonymous with expansion packs; and Microtransactions.

Microtransactions, also called Micropayments or MTX, are small transactions found in online games and services where a user pays a one-time fee for access to a piece of exclusive content (Virtual Goods). This could be pretty much anything—a cute new hat for your Virtual Paper Doll, a cool new piece of armor, a temporary power-up, whatever. It could even just be a shortcut to content you could access for free — for example, you might pay real-world money for a cache of the in-game currency. The Virtual Goods can be bought directly, but it's also common for your real-world money to buy some amount of special in-game currency to spend in a special shop. Historical note Originally, the scheme was named not for the cost but the data; players noticed that when purchasing certain DLC, a very small amount of data was downloaded, on the order of a few bytes. In other words, you were paying for a key to unlock content that already existed on the disc. With games becoming less coupled to physical media, the distinction has become more blurred. See also Allegedly Free Game and Freemium.

You need more TV Tropesbucks to see the rest of this trope's definition. Please enter your credit card details to continue.

Click here to reveal the second paragraph. You will be billed US$0.99.
This is the most common form of Bribing Your Way to Victory because it generally allows you to pay as much as you like (although payments are often framed as "donations"), giving the richest players the ability to outpay everyone else. The most extreme cases can require players to pay to unlock game content that is simply held behind paywalls in the base game, resulting in an Allegedly Free Game. However, it's entirely possible to have Micropayments without giving an unfair advantage to those who pay—for example, by making the exclusive content strictly cosmetic. Unfortunately, some games can offer exclusive and powerful gear otherwise unobtainable in-game, by buying it outright from the MTX shop.
Click here to reveal the third paragraph. You will be billed US$2.99.
Freemiumnote The "Mium" is Latin for "Not really!" is a Sister Trope that sometimes overlaps—a Freemium game that also uses Micropayments may offer them as an alternative to, in addition to, and/or as part of a Premium membership. Sometimes games will offer a one-time pack of credits for the Virtual Goods for free to give players a taste of power, in hopes that they'll come back to buy more—this is roughly analogous to a 30-Day Free Trial.
Click here to reveal the fourth paragraph. You will be billed US$19.99.
Some game developers that rely on in-app purchases to gain revenue may also offer Ad Rewards as a possible alternative to pay for their in-game bonuses. This allows exclusively free players to enjoy some additional benefits without actually spending their money, while still giving the developers income from the advertisers.
Click here to reveal the fifth paragraph. You will be billed US$59.99.
The difference between this trope and Real Money Trade is that Microtransactions are sanctioned and sold by the game itself, whereas Real Money Trade is done by third parties, without the involvement of and, usually, against the wishes of the game's publisher.
Advertisement:
Click here to reveal the sixth paragraph. You will be billed US$99.99.
For the infomercial analog, see Payment Plan Pitch.