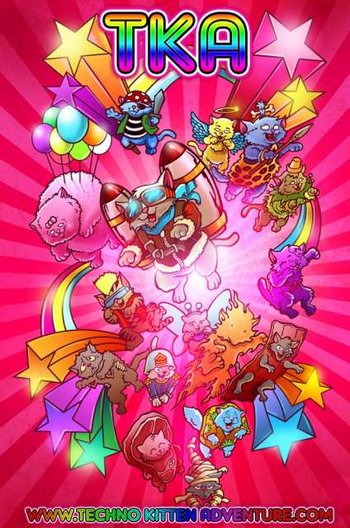 Techno Kitten Adventure is a 2011 Endless Running Game developed for Xbox Live Arcade, and then also made available for iOS, Android and PC through Facebook.

It is known for being practically MADE of flashing lights, and having an extremely good soundtrack. In it you guide a kitten through a never ending obstacle course that slowly narrows. Effectively, it's a mix between an endless running game, and a side scrolling shooter, just without the shooting. The gameplay is also extremely simple, utilizing just two buttons, and neither at the same time.

This epileptic adventure provides examples of the following tropes: