Video Game / Teenage Mutant Ninja Turtles: Out of the Shadows 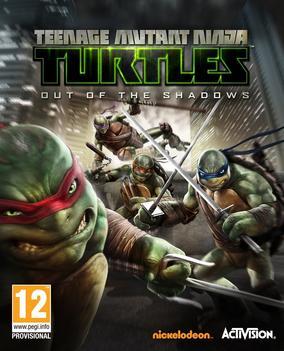 A 2013 Beat 'em Up developed by Red Fly Studio and published by Activision based on the vigilante exploits of four mutated brothers utilizing ninjutsu.
Advertisement:

This game was a notable attempt by the company and Nickelodeon to recapture the magic of Konami's previous TMNT beat 'em ups, while updating the Turtles with more modern graphics design and writing. It's notable for having all four turtles involved in the gameplay at a time, no matter how many human players there are.

Has the same name as a movie in the franchise, a sequel to the 2014 movie.