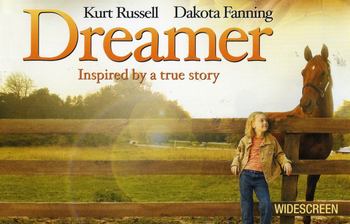 One of Hollywood's promotional stock phrases that signals a considerable degree of adaptation modification. It can be applied to a true story as well to a work of fiction. In any case, it means that the source material has significantly altered. At least it will still be discernible, though you may have to squint a little.

The phrase can come up in connection with a Dramatization or anything Very Loosely Based on a True Story.

For similar stock phrases that more or less indicate the same degree of adaptation (un)faithfulness, see Suggested by... and Ripped from the Headlines.