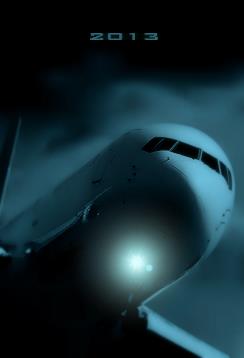 You Have Been Chosen.

A 2013 Independent film directed by Brad Osborne and written by Eric Vale, Chariot is a thriller about seven strangers who wake up on an airplane. Having no idea how they managed to get there, they discover that the United States is under attack and there is no place they can land. To make the situation worse, they are cut off from the cockpit, have no idea who the pilots are, and are being flown into Security Airspace making their danger far more imminent.

It appears the passengers have been unwittingly placed in a government program called Chariot, referencing the Ancient Greeks who would put their most valuable citizens on chariots and send them to safety when under attack. However not all the passengers seem important or even useful to a government facing an apocalyptic attack, further increasing the mystery.