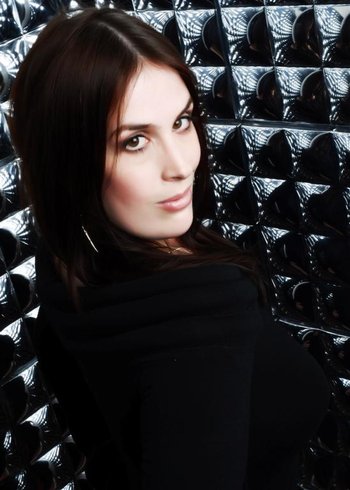 "Dad loved computer games, and I would sit beside him for hours with graph paper, drawing out plans to try and forecast the moves he should make while he worked the computer controller."
Advertisement:

Rhianna Pratchett is a video game and comic book writer, born on December 30, 1976. Pratchett is best known for writing the scripts for Mirror's Edge and the reboot of the Tomb Raider franchise. Her comics work includes the adaptations of the above games, as well as a guest spot on Red Sonja and the comic adaptation of Thief. She also became the first female author of a Fighting Fantasy book in the franchise's 38-year history with the publication of Crystal of Storms, the 69th title in the series, in October 2020.

She is also a video games journalist for newspapers and magazines, and was formerly a section editor on PC Zone.

Her dad wrote some books. Rhianna is the now custodian of the Discworld but has gone on public record to say that the books were her father's alone and she will not be writing any further novels in the universe or permitting anyone else to. She was originally on board as a co-writer on the the television series The Watch (2021) based on the City Watch books from the franchise, but has long since left the project.

Works by Rhianna Pratchett with their own pages: