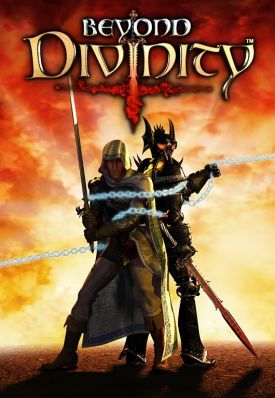 Beyond Divinity is the 2004 not-quite-sequel-not-quite-Gaiden Game to the original Divine Divinity by Larian Studios. Set 20 years after the first game, it follows a Paladin who finds himself soul-forged with his complete opposite, an evil Death Knight, thanks to a powerful demon's twisted sense of humor. Gameplay-wise, BD is quite similar to DD but with a twist that you have two characters under your control most of the time (this idea would later be revisited and expanded in the Prequel Divinity: Original Sin).