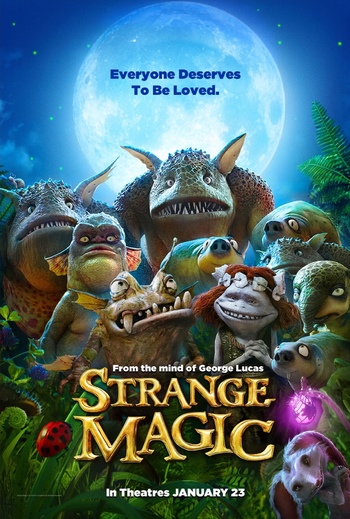 Created by George Lucas and animated by Lucasfilm Animation, Inspired by… A Midsummer Night's Dream, and released by Touchstone Pictures in 2015, this uniquely-styled animated feature tells the tale of a Fairy Princess, a Bog King, and a love potion.

It does this through using as many pop songs as possible.

Marianne and the Bog King finish off the movie with their first kiss.

Marianne and the Bog King finish off the movie with their first kiss.