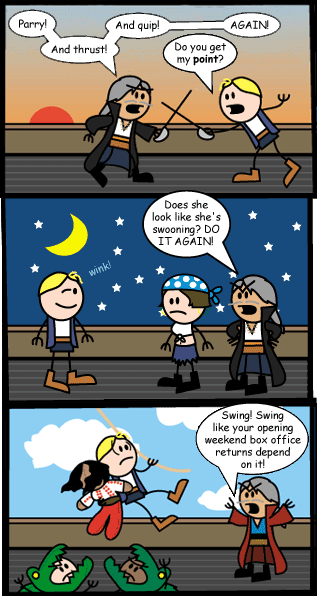 "The hour's approaching, to give it your best
You've got to reach your prime.
That's when you need to put yourself to the test
And show us a passage of time
We're gonna need a montage (montage!)
Ooh it takes a montage (montage!)"
— "Montage", Team America: World Police note originally from South Park
Advertisement:

A variant of the Hard-Work Montage in which a character builds themselves up over time in preparation for a battle or athletic competition. Usually accompanied by uplifting music. If it's supposed to be taken seriously, they'll use something original, or just appropriate. If they're going for a full-on parody, it'll be one of the most well-recognised montage songs, or something reminiscent. If "Gonna Fly Now

" from Rocky can't be used, then Joe Esposito's "You're the Best"

or Survivor's immortal "Eye Of The Tiger"

makes for a good substitute.