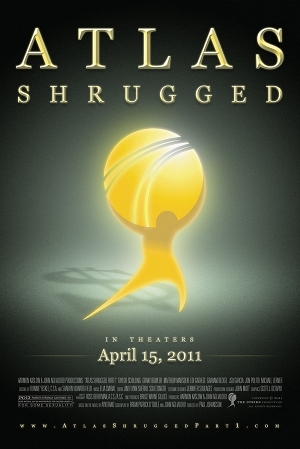 "Who is John Galt?"
Advertisement:

Atlas Shrugged is a trilogy of American science fiction drama films, adapted from Ayn Rand's novel of the same title, consisting of Part I (2011), Part II (2012) and Part III (2014).note Part III occasionally has the subtitle "Who Is John Galt?"

The films take place in a dystopian United States, wherein many of society's most prominent and successful industrialists abandon their fortunes as the government shifts towards making aggressive new regulations and taking control of industries. In Part I, railroad executive Dagny Taggart and steel mogul Henry Rearden form an alliance to fight the increasingly authoritarian government; in Part II, Taggart and Rearden search desperately for the inventor of a revolutionary motor as the U.S. government continues to spread its control over the national economy; and in Part III, Taggart and Rearden come into contact with the man responsible for the strike whose effects is the focus of much of the series.

Each film was critically and commercially lambasted to the point where parts II and III each had an entirely new cast and crew behind it.