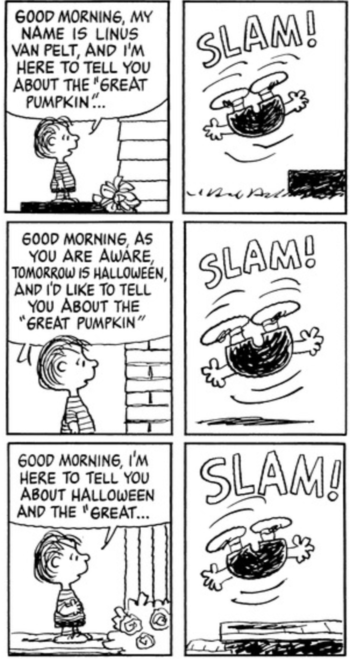 "You can't do it,
So give up now
Whatcha gonna do
When your dough runs out?
Ain't that a drag?"
— Homestar Runner, Strong Bad Email #117, "montage

A person facing repeated rejection or unsuitability, i.e. via speed-dating, door-to-door selling or people being interviewed.

Will typically show the person approaching various people with increasing desperation, and always ends with a rapid-fire series of doors being slammed in his face, women slapping him, getting laughed at, etc.

A type of Failure Montage. Super-Trope to Terrible Interviewees Montage.