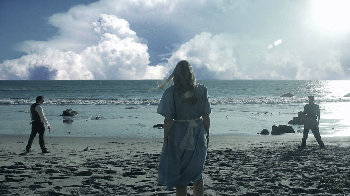 "It is clear to me now that I was mistaken. Perhaps I was blinded, but I will no longer have part in your plans, Grindelwald."
"You understand that you'll have to come after me eventually?"
"Perhaps."
"Then we settle this now."
— Gellert Grindelwald and Albus Dumbledore
Advertisement:

Set almost a hundred years before Harry Potter and the Philosopher's Stone, this film shows the end of the friendship between Albus Dumbledore and Gellert Grindelwald, and the tragedy that left the Dumbledore family in ruins.

The video can be found here