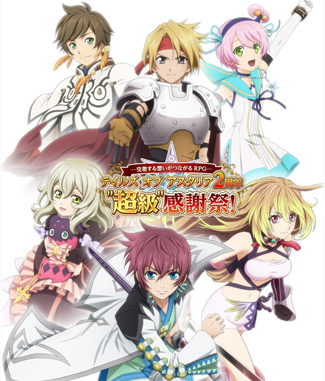 The protagonists and this is just several of them. note (Clockwise from the top: Cress, Kanonno, Milla, Asbel, Elize and Sorey.
Tales of Asteria is a mobile game for Android and IOS featuring the crossover of the many series in the Tales Series including the mothership and escort titles.

As the game is only available in Japan at the moment, be careful of spoilers.