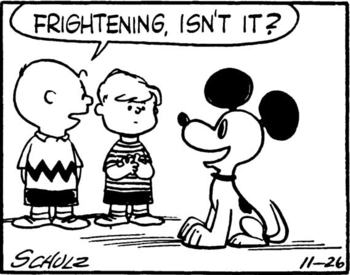 Yes, even a strip as innocent as this can take shots at Disney.

Comic strips with their own pages