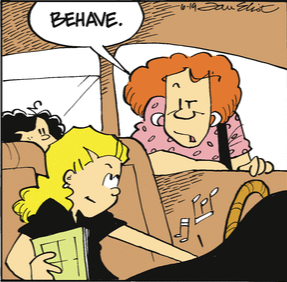 They won't.
Stone Soup is a comic strip created by Jan Eliot. It began in 1990 as a weekly strip called Sister City, and went syndicated in 1995 as Stone Soup. In 2015 the strip ceased daily strips but continued with Sunday strips until Eliot ended the strip entirely in 2020. The strip centers on two sisters who live next to each other, as well as their families. These families consist of:
Advertisement:

Other recurring characters include: