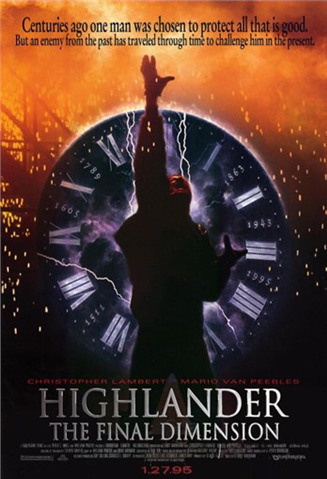 The third Highlander. Released in 1994, it is also known by the subtitles The Final Dimension and The Final Conflict.

Ignoring the events of the previous film, Connor MacLeod (Christopher Lambert) now lives a quiet life as the winner of The Prize. But Kane (Mario Van Peebles), an old enemy of Connor's, is released from the cave he was imprisoned centuries ago and is now seeking revenge.