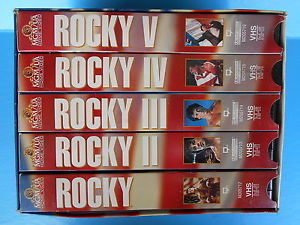 A common way to name movie sequels is to take the title of the original, possibly abbreviated, and add a number. So Foomovie will be followed with Foomovie 2, Foomovie 3 (or 3D), etc. Also common is to follow Foomovie with Foomovie, Part 2, etc. — though the word "part" will usually be dropped when talking about the movies. (This is usually done when the stories of the movies are supposed to form one big story.) Sometimes there are subtitles as well. When the first film is made, the reason there is no number 1 in the title is because we don’t know yet if there would be a sequel.

The result of this is that the original Foomovie will become known as Foomovie 1, and on occasion will actually be rereleased this way (see Retronym). This is actually a recent practice, beginning in the 1970s.

If the movies in a series were made out of chronological order, the numbering can refer either to the order in which they were made or the order in which they take place. The latter gets you titles like Resident Evil 0 and The Lion King 1 ½. Very rarely, you'll see a prequel with a negative number. The print version of the webcomic Order of the Stick has two prequels, numbered #0 and #-1, and the French comic Donjon (planned to run from #1-#100) has spinoff series planned to run from #-99 to #0 and #101 to #200.

Some series use Arabic numerals, some use Roman numerals, and some use either. The distinction between Roman numerals and Arabic seems to be the distinction between grand-scale affairs that take themselves very seriously (and thus borrow a bit of grandeur from the western world's most prominent Vestigial Empire), and stories that either don't take themselves entirely seriously, or have a futuristic bent that makes the Arabic numerals look all sciency and mathematical. On occasion, the number in question is spelled out in word form; this can be either for an air of irony, parody, pretension, or some combination.

This trope can be subverted: The Marathon series started with Marathon and Marathon 2 but then jumped to Marathon Infinity. The subsequent release and open-source development of Marathon 2's game engine restored sequential numbering by naming the engine Aleph One, the next largest infinity. (See below.)

In the Horror genre, a sixth installment may be called 666 (Or sometimes called that even if it isn't the 6th) it will almost always be pronounced "six-six-six" rather than "six hundred and sixty-six".

This is, if anything, even more common in video games than in movies, although the "Part 2" variation is absent there. Literary examples, on the other hand, are very, very rare. Many video game series also use a variation where numbered sequels denote "significant", or "mainline" games, while other entries like spin-off, side games, or Gaiden Games will use subtitles or Word Sequel instead. While what distinguishes a numbered and non-numbered sequel is clear in some series, it is more arbitrary in others, leading to the weird phenomenon where some franchises have many more games than the title of the latest numbered sequel would implynote The most infamous example of this is probably Kingdom Hearts, which saw numerous games released during the lengthly gap between Kingdom Hearts II and Kingdom Hearts III. Many assumed that these games were simply spinoffs that didn't convey import story information, only to be surprised when they were unable to make sense of much of III's plot without having played them..

The first use of a number in a sequel title was probably Quatermass 2 in 1957,note The TV miniseries it is based on, Quatermass II, was aired in 1955 the follow-up to The Quatermass Xperiment.note and is technically an aversion, as the title actually refers to a rocket ship literally named Quatermass 2 These were the original UK titles; in the United States the first film was issued as The Creeping Unknown so the second one had to be retitled as well: it was known as Enemy From Space. However such instances were rare, at least before the 70s, because studios at the time felt that it attached a film to an earlier film to the extent of alienating potential audiences who may not have seen the earlier film and so feel discouraged from seeing a sequel titled "Part II" if they had not seen "Part I". It's why all the James Bond films were titled differently and not James Bond 1-20,note that, and the fact the earliest films were straight-up The Film of the Book and why film-series such as the "Carry On" or the Pink Panther series often included "Pink Panther" but slight variations so as to not tie it exclusively. The first major film to change this was Francis Ford Coppola's The Godfather, Part II.

For some reason (Four Is Death? Rule of Three?), it's very common for Numbered Sequels to stop at 3, and any subsequent media to be given a subtitle alone instead.

Parodies take this to extremes with Ridiculous Future Sequelisation.