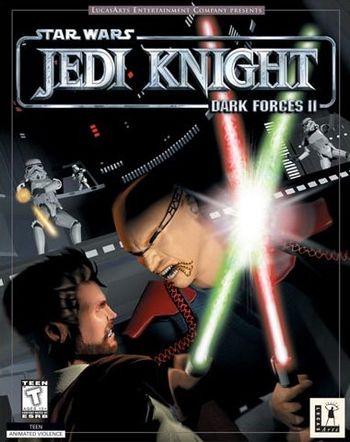 Since the destruction of
the second DEATH STAR, the
Rebel Alliance has begun the
difficult process of building
the New Republic.

Seizing the opportunity for
control of the galaxy, new
rival armies arise. The most
dangerous of these are the
DARK JEDI. Their leader,
JEREC, seeks the legendary
VALLEY OF THE JEDI.

Within this lost battleground
he will find untold power to
destroy peace and justice in
the galaxy....
Advertisement: