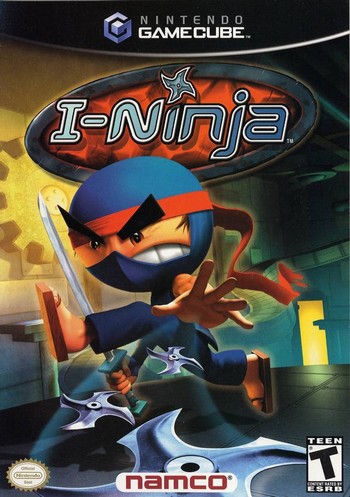 Our... hero.
I-Ninja is a quirky action video game made for the Nintendo GameCube, Xbox, PlayStation 2 and PC. In it, our hero (named Ninja) is exposed to a gem named a Rage Stone and accidentally kills his Sensei in a fit of rage. He then goes off in search of the other Rage Stones, fighting and commanding giant robots along the way, meeting mermaids, mystics and eventually going off to the moon in search of these artifacts.