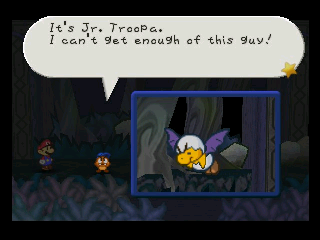 Neither can we.
Barry: [Lucia] knew when [the Tyrant] was nearby!
Leon: Barry, they're always nearby. You got lucky when you only had to fight yours TWICE. Did you hear about Jill's? She lost count, Barry. She. Lost. Count.
— Opendork's Let's Play

A boss who you have to face several times (usually three) over the course of the game, though not in back-to-back battles.

There's a few ways it can go:

For the first two cases, the same tricks and tactics will usually work to defeat the boss each time — though frequently, the player will not be able to execute the required trick in the early appearances (especially if it's a Hopeless Boss Fight). Alternatively, the boss may announce during a later confrontation that he has gained an immunity to whatever beat him last time.

Any version can turn out to be the Final Boss in their most powerful form, depending on how the boss relates to the surrounding plot; alternately, the decisive final battle against this boss may be held back as a Bonus Boss.

In action games, they often take the form of an Implacable Man. He may end up suffering a Rasputinian Death.

Compare Goldfish Poop Gang, a comic-relief antagonist (or group of antagonists) that show up repeatedly and are often Recurring Bosses. Compare Legacy Boss Battle, a boss that recurs throughout multiple installments of a series rather than a single game. Compare Degraded Boss, which is when a boss recurs, but are no longer a boss when they do. Varying Tactics Boss is a Sub-Trope in which the boss character has a completely new strategy every time they show up.

Mr. Pigeon has become a sizable nuisance since his debut.

Mr. Pigeon has become a sizable nuisance since his debut.