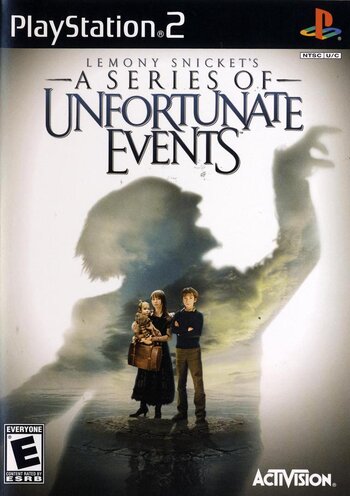 You play as a set of orphan children (Violet, Klaus, and Sunny Baudelaire) as they search for a loving guardian after the tragic deaths of their parents. In their quest for a new home, they have to dodge Count Olaf, a greedy relative who hopes to inherit their fortune should they die. The children must do what they can to protect each other and defeat Olaf and his troupe of terrible actors.

The video game provides examples of: