Characters / A Series of Unfortunate Events (2004)

The characters of Lemony Snicket's A Series of Unfortunate Events 2004 film adaptation. 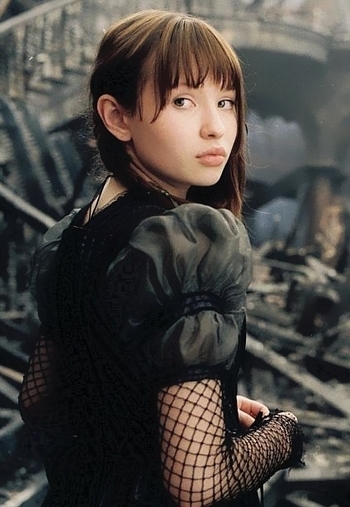 The eldest of the Baudelaire orphans, she is an intelligent inventor who makes inventions out of everyday items. 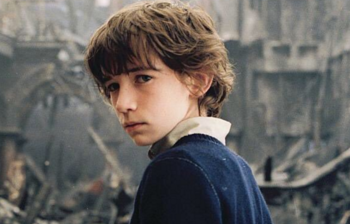 The middle child of the Baudelaire orphans, he's an intelligent bookworm who uses his knowledge of books to get himself and his siblings out of trouble. 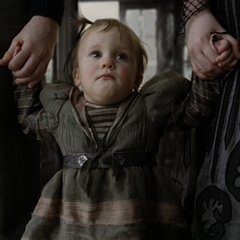 Played By: Kara and Shelby Hoffman

The youngest of the Baudelaire orphans, she is an infant with very sharp teeth who's quite sassy despite still not being able to speak. 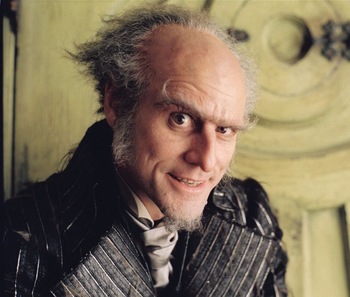 A villainous stage actor who lusts after the Baudelaire family fortune, no matter where they go and how many stupid disguises he has to wear.

The Person of Indeterminate Gender

The Person of Indeterminate Gender

An eccentric herpetologist and the Baudelaires' uncle who temporarily becomes their guardian.

A paranoid, grammar-obsessed recluse and the Baudelaires' aunt who temporarily becomes their guardian.

An introverted writer and the narrator of the story.

A stuffy banker whose job is to take the Baudelaire children to their guardians, but is quite incompetent at keeping them safe.

Played By: Cedric the Entertainer