Characters / A Series of Unfortunate Events

For Lemony and Kit Snicket as children in the prequel series, see All the Wrong Questions.
open/close all folders 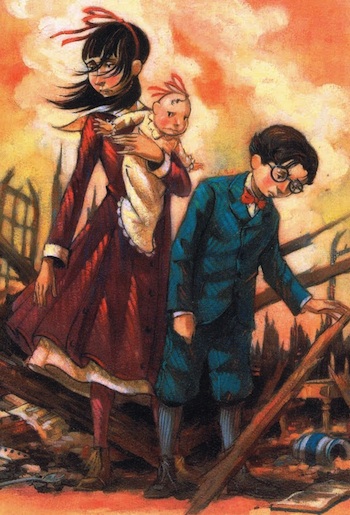 Orphaned when their parents die in a fire, the Baudelaires now have to escape the greedy hands of Count Olaf... and on their way, they uncover a massive conspiracy.
Violet

The oldest of the Baudelaire Trio, Violet is an intelligent 14-15 year old inventor and responsible older sister.

The middle Baudlaire and only boy, Klaus is extremely bookish and prone to using big words. The vast amount of things he's learned from his reading, as well as his research skills, come in handy.

The youngest Baudelaire is only a baby and only intelligible to her brother and sister (at least at the beginning). However, she is extremely intelligent, and in addition to having four very sharp teeth as a weapon, she also demonstrates admirable cooking skills later on. 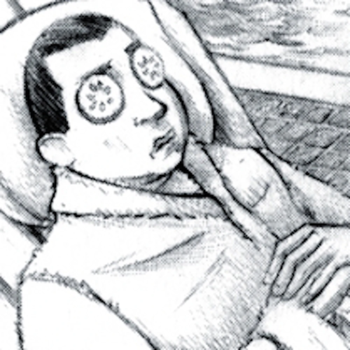 The artist hard at work

The mysterious narrator of the series who holds a torch for a deceased woman named Beatrice.

Count Olaf has a large variety of henchmen he calls his "acting troupe." 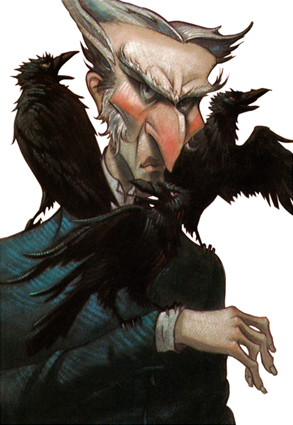 The main villain of the series, Count Olaf is a villainous actor whose goal is to murder the Baudelaire children and steal their fortune, no matter where they go and how many stupid disguises he has to wear. He's revealed to have a connection to the shadowy organization known as VFD.
The Hook-Handed Man

The Bald Man with a Long Nose

Flacutono / The Bald Man with a Long Nose

The One That Looks Like Neither a Man nor a Woman

The One That Looks Like Neither a Man nor a Woman

The Baudelaire's Other Guardians

In General
The VFD are a shadowy organization that everyone — from Olaf to the Baudelaires' parents — is connected to.
Beatrice

The deceased parents of the Baudelaire orphans.

The banker who is in charge of the Baudelaire's affairs after the death of their parents.

A lumbermill worker who is an optimist.
Nero

The Baudelaires' friends are two triplets who help the Baudelaires out and get kidnapped for their trouble. Duncan is a journalist while Isadora is a poet specializing in couplets. Later on, Quigley is revealed to have survived.

A bratty girl who becomes a hindrance to the Baudelaires in Book 5 and is later adopted by Olaf and Esmé.

One of the Baudelaires' many foster parents turns out to be evil and becomes Count Olaf's girlfriend. She's a wealthy woman ridiculously dedicated to keeping up with every ludicrously inane fad that comes about.