The Trope Without a Title 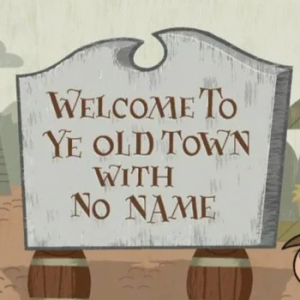 "Do they welcome name suggestions?"
Artax: That Which Man Was Not Meant To Know was taken!
Yeagar: By who?
Artax: By a foe Lakressa knows only as She Who Must Be Obeyed!
Nodwick: Dare I ask where "she who" went?
Artax: To a place called The Lands That Know No Name!
Nodwick: Uh-huh. Let me know if we stumble upon any proper nouns in all this mess.
— Nodwick
Advertisement:

Occurs whenever a place, object, or person is described with, well, a description, rather than a name. Sometimes, because there is No Name Given, they may turn out to have an actual name. Often subverted by using a self-contradicting name.

A common trait of MacGuffins. May be related to The Scottish Trope or Speak of the Devil in case of villains. May make use of The Noun Who Verbed.

The name is inspired from Clint Eastwood's "The Man With No Name". Compare Everyone Calls Him "Barkeep", No Name Given, Spell My Name with a "The", Capital Letters Are Magic, My Name Is ???, The Trope Formerly Known as X, and Name That Unfolds Like Lotus Blossom. See "Untitled" Title for works that similarly say they lack titles. And yes, we know this page actually having a title is a minor Logic Bomb in and of itself.