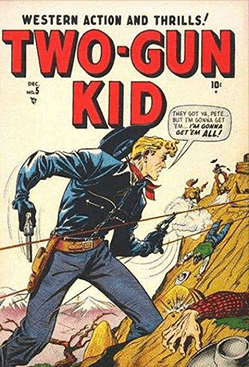 In The Wild West, a man had to grow up fast if he wanted to survive. Quite a few gunslingers and outlaws made their reputation before they were even old enough to shave regularly. Thus, they got "Kid" as part of their nickname. Given the lethality of their professions, few lived long enough to have this become an embarrassing name.

The naming convention is referenced in settings outside The Wild West as well, particularly in boxing, and Professional Wrestling.