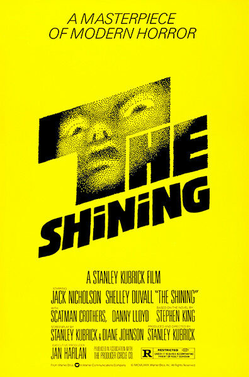 Titles of the definite-article + gerund format, i.e. "The [verb]ing". And since it's about something happening, it's an Event Title sub-trope as well.

The use of this format for titling Horror Films is sometimes parodied, and is usually a good indicator that the film is very definitely a B-Grade one (despite the Trope Namer, The Shining, being anything but low-quality). It's also a very easy way to give your sequel a memorable subtitle.