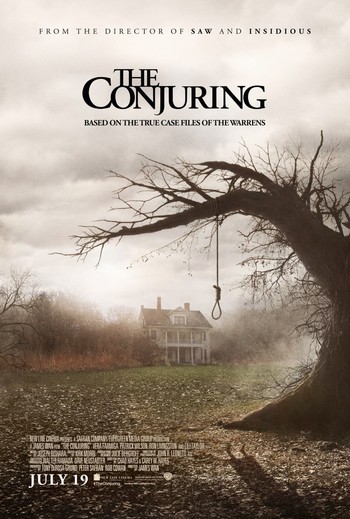 The Conjuring is a 2013 American supernatural horror film directed by James Wan and written by Chad Hayes and Carey W. Hayes. It is the first film in The Conjuring Universe.

Starring Patrick Wilson and Vera Farmiga as Ed and Lorraine Warren, with Ron Livingston and Lili Taylor in the supporting cast, the film presents the case of the Perron family, who lived in rural Harrisville, Rhode Island in the year 1971 as they become haunted just after their arrival in their new home.

The Conjuring contain examples of: