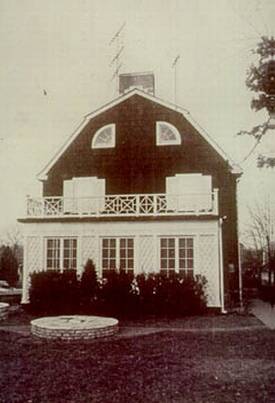 The Amityville franchise is a series of films and books that are about a certain Haunted House (and later other objects associated with it) that resides in 112 Ocean Avenue, Amityville. It began with the 1977 novel The Amityville Horror by Jay Anson that was made into a film in 1979.