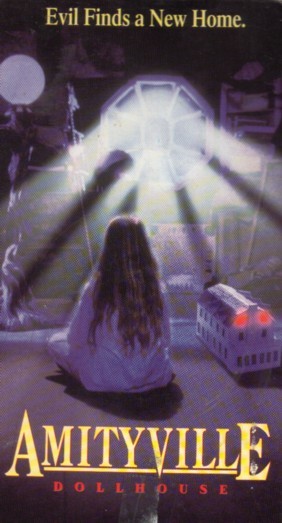 The eighth film in the Amityville series, released in 1996.

The Martin family moves into a new house, and discover a dollhouse shaped like the haunted one from Amityville. The dollhouse is cursed, and ensures that it is given to the family's youngest member as a birthday gift, so that it can repeat a tragedy from the past.

Dollhouse has examples of: