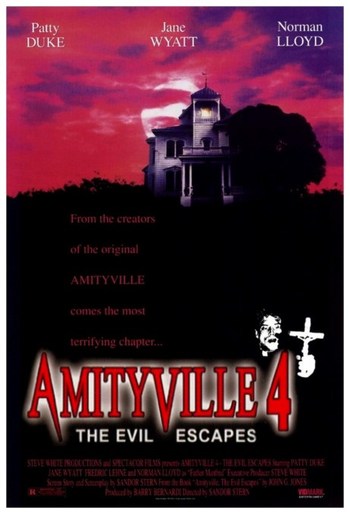 The fourth film in the Amityville series, released in 1989.

Despite the destruction of the haunted Amityville house in the third film, it somehow still exists so that a group of priests can exorcise it. However, the evil in the house hides in a lamp which is then sold at a yard sale afterwards and send to an another house where it starts causing terror and mayhem.

The Evil Escapes has examples of: