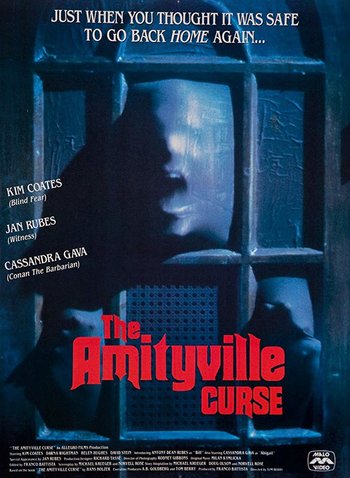 The fifth film in the Amityville series, released in 1990 for television starring Kim Coates.

A couple buys a house in Amityville for cheap, and start fixing the place together with their friends. Then they start to witness supernatural phenomena, and one of the said friends starts to realize that he has a history with the place....

The Amityville Curse has examples of: